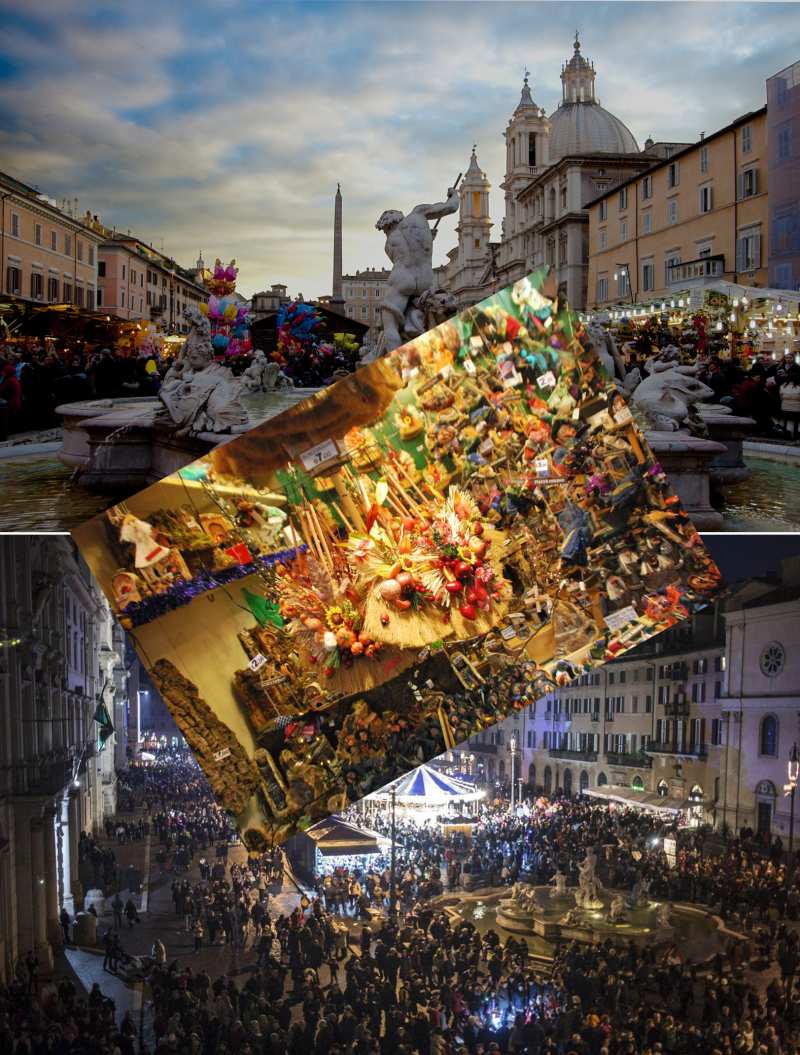 Posted by Nazzareno (Rome, Italy) on 6 January 2019 in Miscellaneous.

The Befana
The Befana is celebrated throughout all of Italy, and has become a national icon.
Traditionally, all Italian children may expect to find a lump of "coal" in their stockings (actually candy made black with caramel coloring), as every child has been at least occasionally bad during the year.
Piazza Navona in central Rome is the site of a popular market each year between Christmas and the Epiphany, where toys, sugar charcoal and other candies are on sale. The feast of the Befana in Rome was immortalized in the Roman dialect by the 19th century Roman poet Giuseppe Gioacchino Belli.

The English translation is:

The Befana comes by night
With her shoes all tattered and torn
She comes dressed in the Roman way
Long live the Befana!

A great collage presentation on this event! And thank you for the background information!

A beautiful festival. Superb captures of it.

A fabulous scene! What a great celebration! Very interesting information.