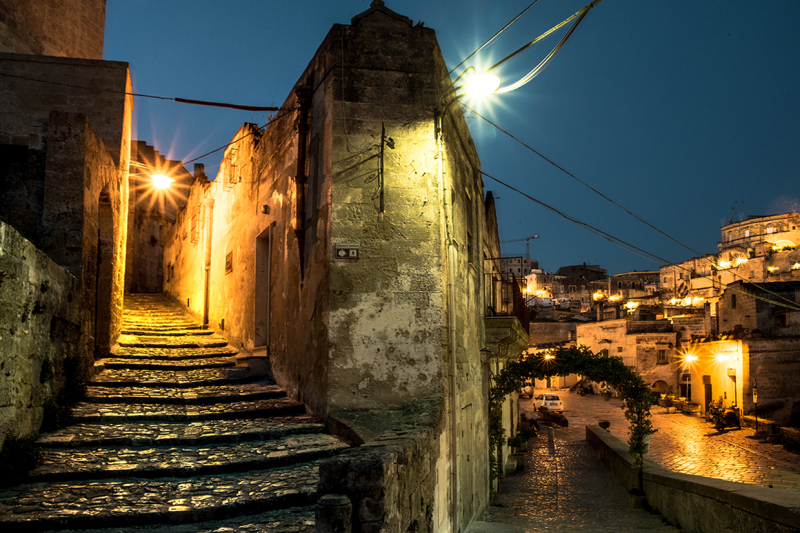 Posted by Nazzareno (Rome, Italy) on 8 September 2019 in Cityscape & Urban and Portfolio.

Matera (Italian pronunciation: [maˈtɛːra], locally [maˈteːra] (About this soundlisten); Materano: Matàrë [maˈtæːrə]) is a city in the region of Basilicata, in Southern Italy. It is the capital of the province of Matera. The town lies in a small canyon carved out by the Gravina River.

Known as la città sotterranea ("the underground city"), its historical centre "Sassi" contains ancient cave dwellings. The exact date when these were first occupied, and the continuity of subsequent occupation, are questions that scholars still debate. Sassi, along with the park of the Rupestrian Churches, was awarded World Heritage Site status by UNESCO in 1993.

Matera is one of the 2019 European Capitals of Culture, together with the Bulgarian town of Plovdiv.

Such a beautiful composition, Nazzareno !!
Love it...

A lovely capture of the old stairs and old street. Thanks for the information.

What a magical moment this offers . .